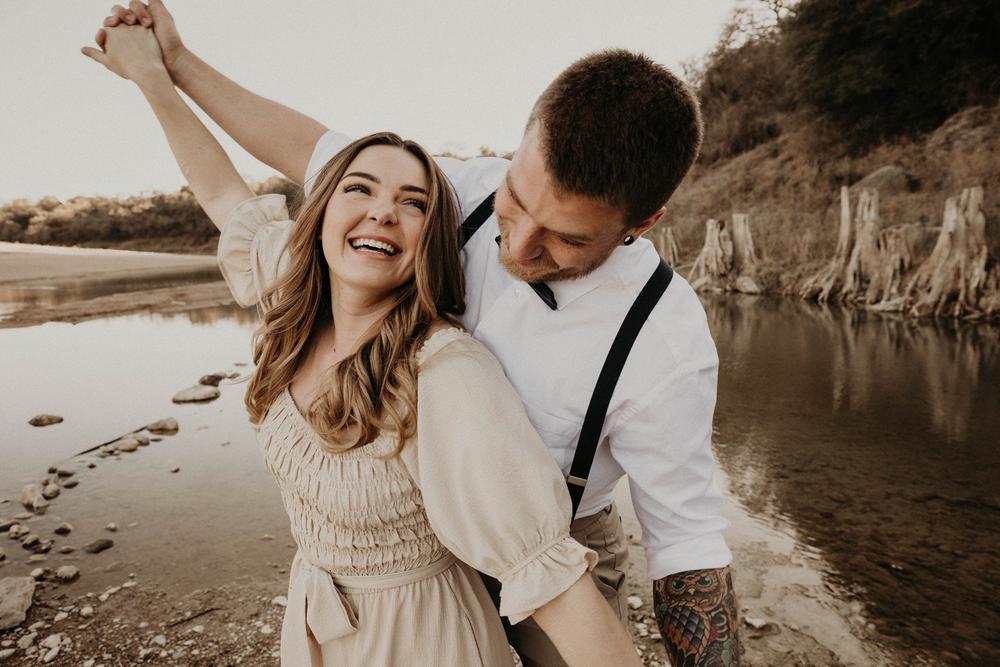 "It’s an amazing feeling knowing you get to spend the rest of your life with your best friend!" Gabby shares.

As I've shared multiple times in the past, I love every love story, but there's something about a love story that originates in middle school, that really makes it that much more special. Gabby and Dakota both went to the same Austin middle school, where they at first, hated each other. Fast forwarding to high school, the soon-to-be couple ended up working together as lifeguards at the YMCA. The rest, as they say, is history. Their friendship began, and soon after, they were a couple.

Dakota and Gabby share a very special relationship. They both value honesty and communication, something they established was important to both of them when they decided to make their relationship official. It's evident in their engagement photos, taken at Reimer's Ranch, just how truly special their love story is.

Dakota, very unlike himself, made a dinner reservation two weeks in advance. Though Gabby was suspicious, she tried to not get her hopes up too much and think too much of it. It wasn't until she accidentally grabbed one of his jackets to take the dogs outside, that she knew something was up. Dakota came rushing in behind her saying, "don't touch that jacket!" The next day, they went to dinner and she assumed that if he was proposing, that they would go somewhere afterwards. When Dakota said, "ready to go home?" Gabby was confused and disappointed.

When they walked up to the door of their home, she could hear music coming from inside. When she opened the door, rose petals and candles filled the room. Inside, all of Gabby & Dakota's closest friends. Gabby turned to face Dakota, he got down on one knee and proposed. He later shared with Gabby that he actually had intended to take her to Butler Park to propose, but the rain put a damper on those plans.

As far as the big day goes, Gabby and Dakota are looking forward to the first look to have that sweet, private moment between the two of them.

Looking for more sweet love stories and inspiration? Check out this Joyful Engagement Shoot and this Engagement at Lady Bird Johnson Wildflower Center. 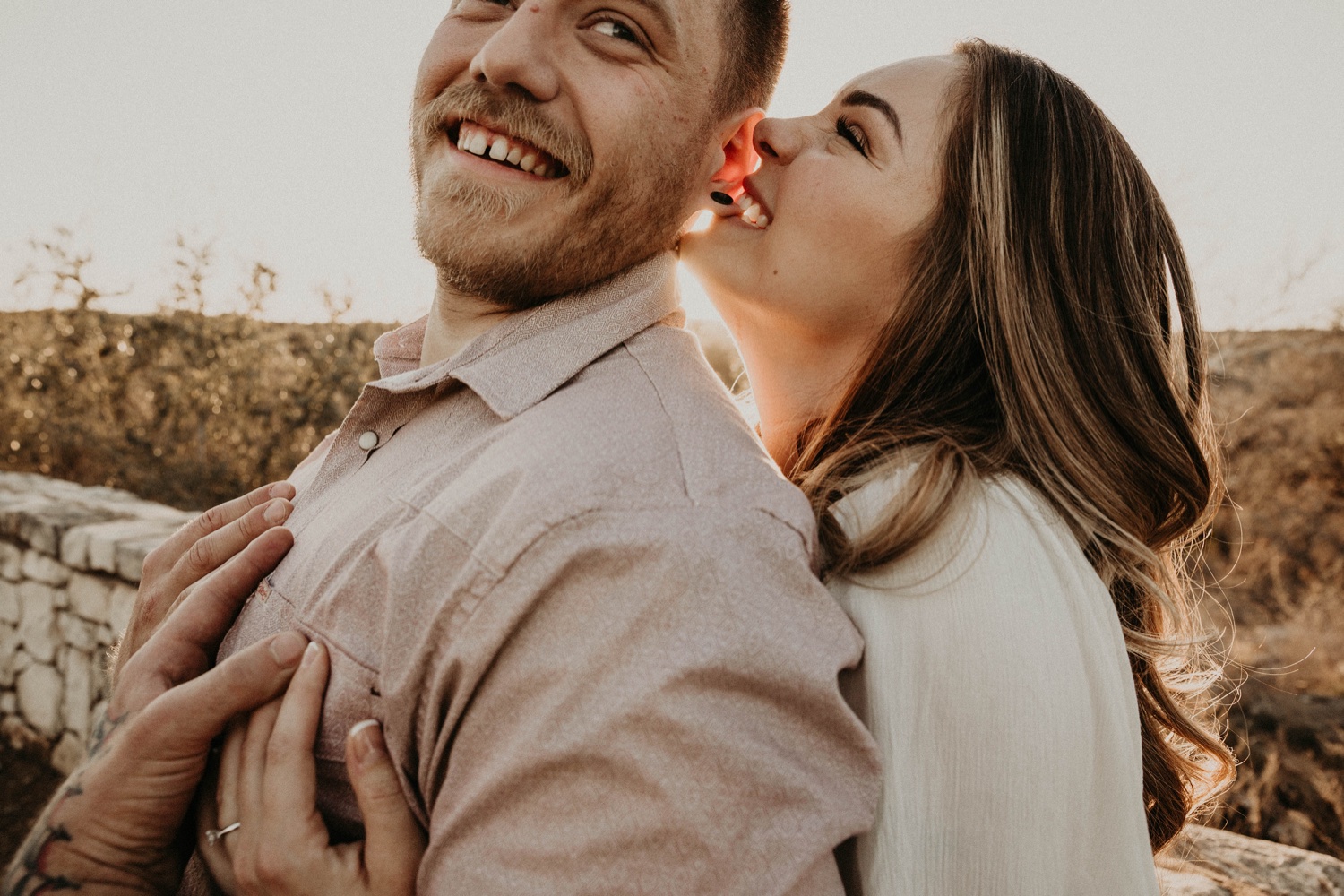 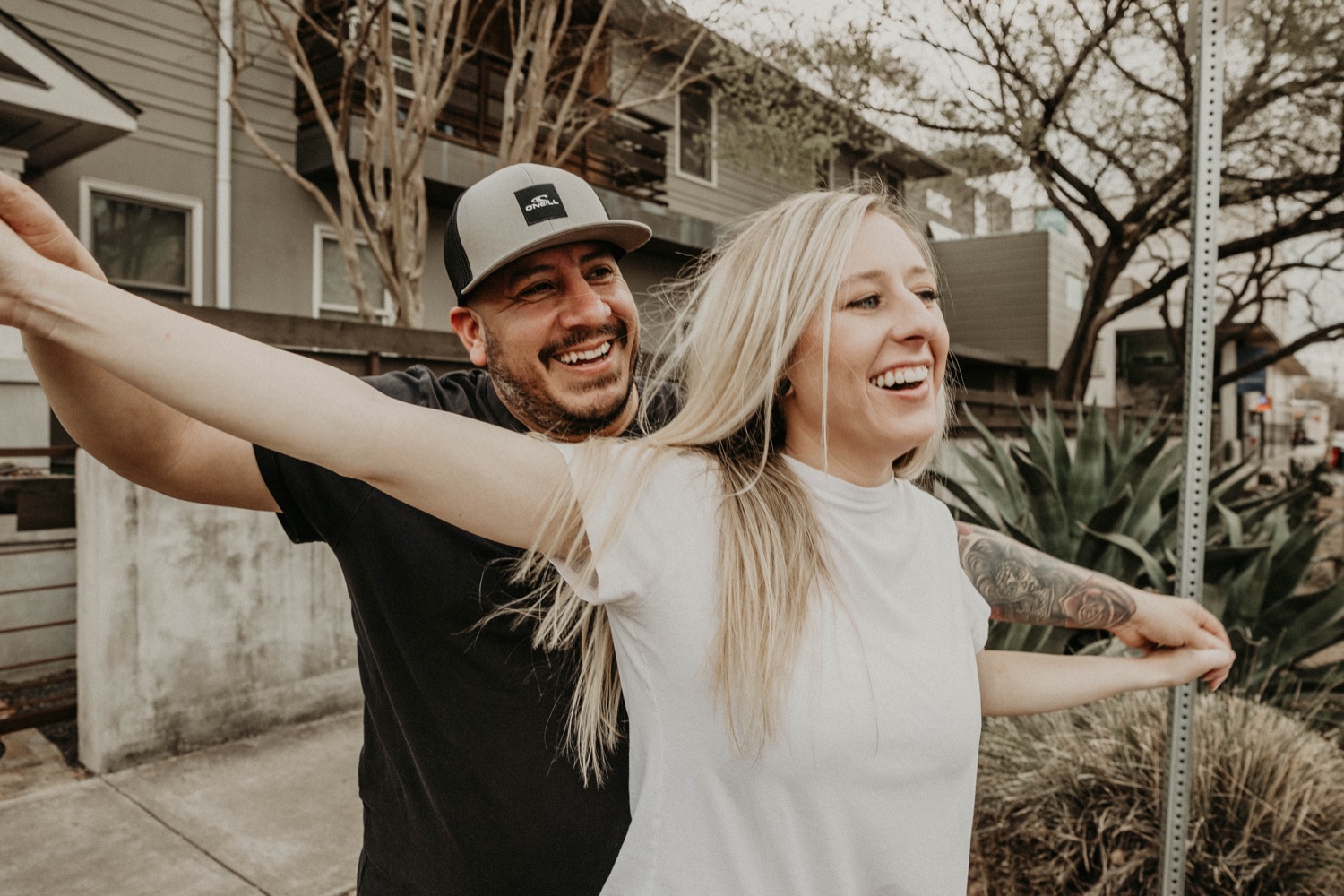 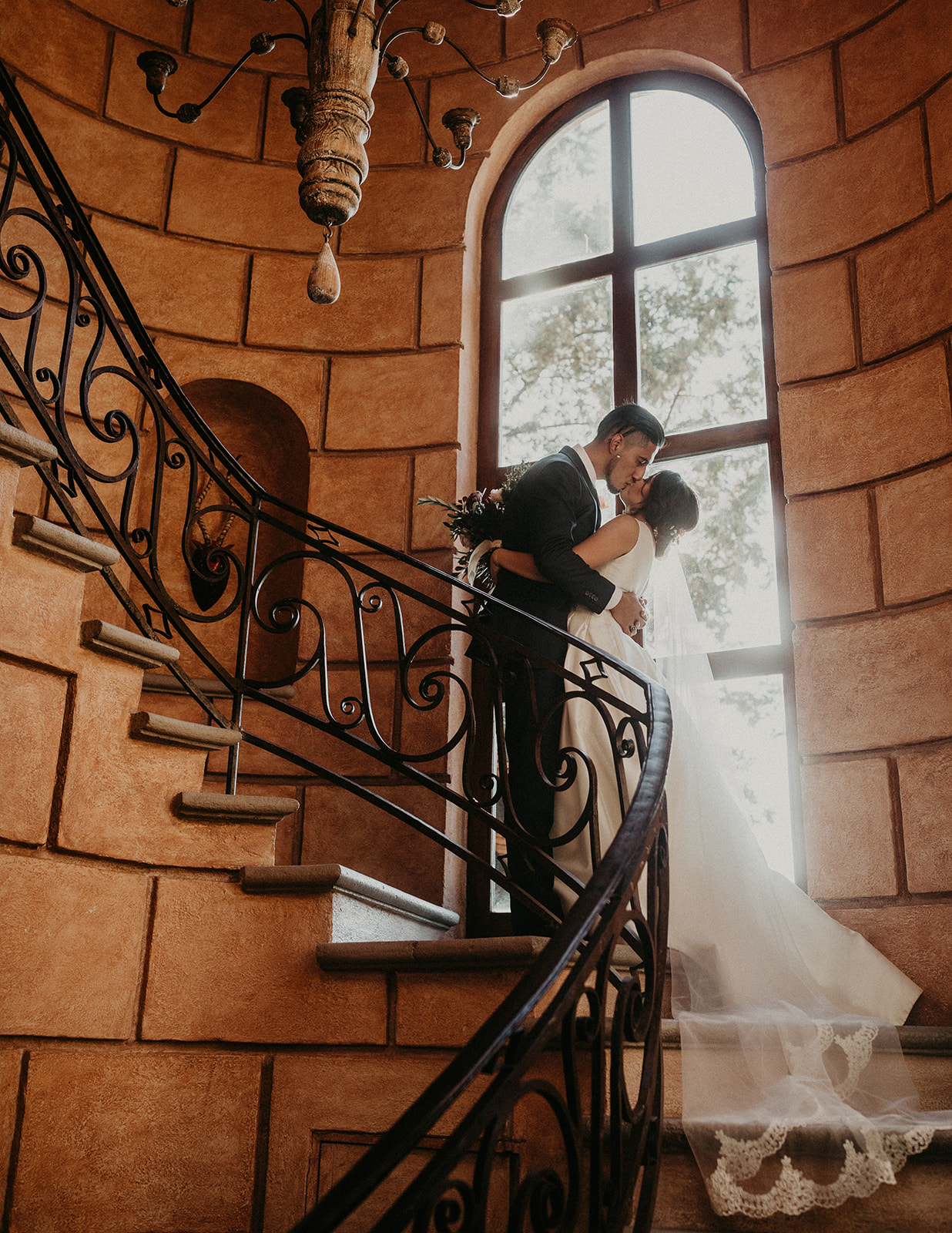 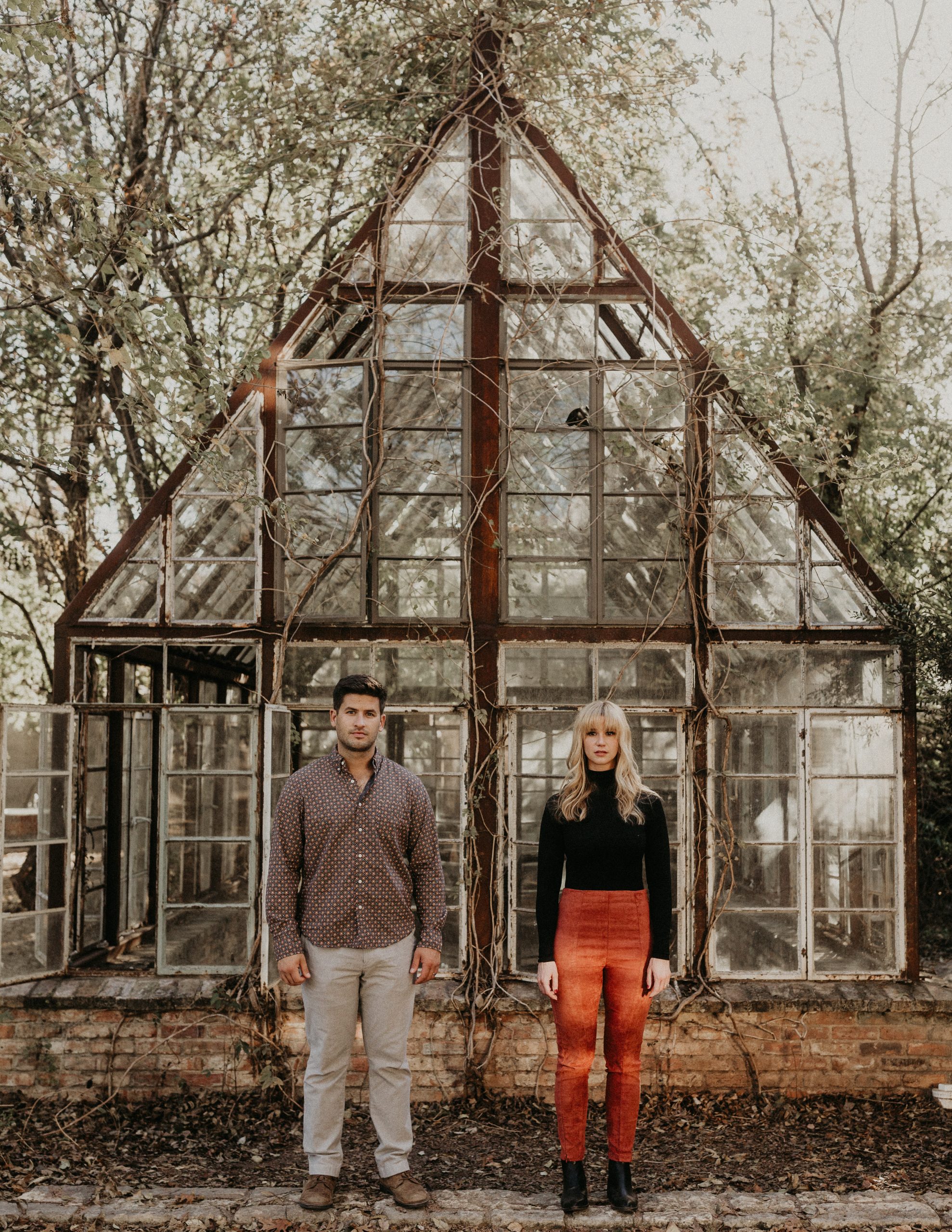