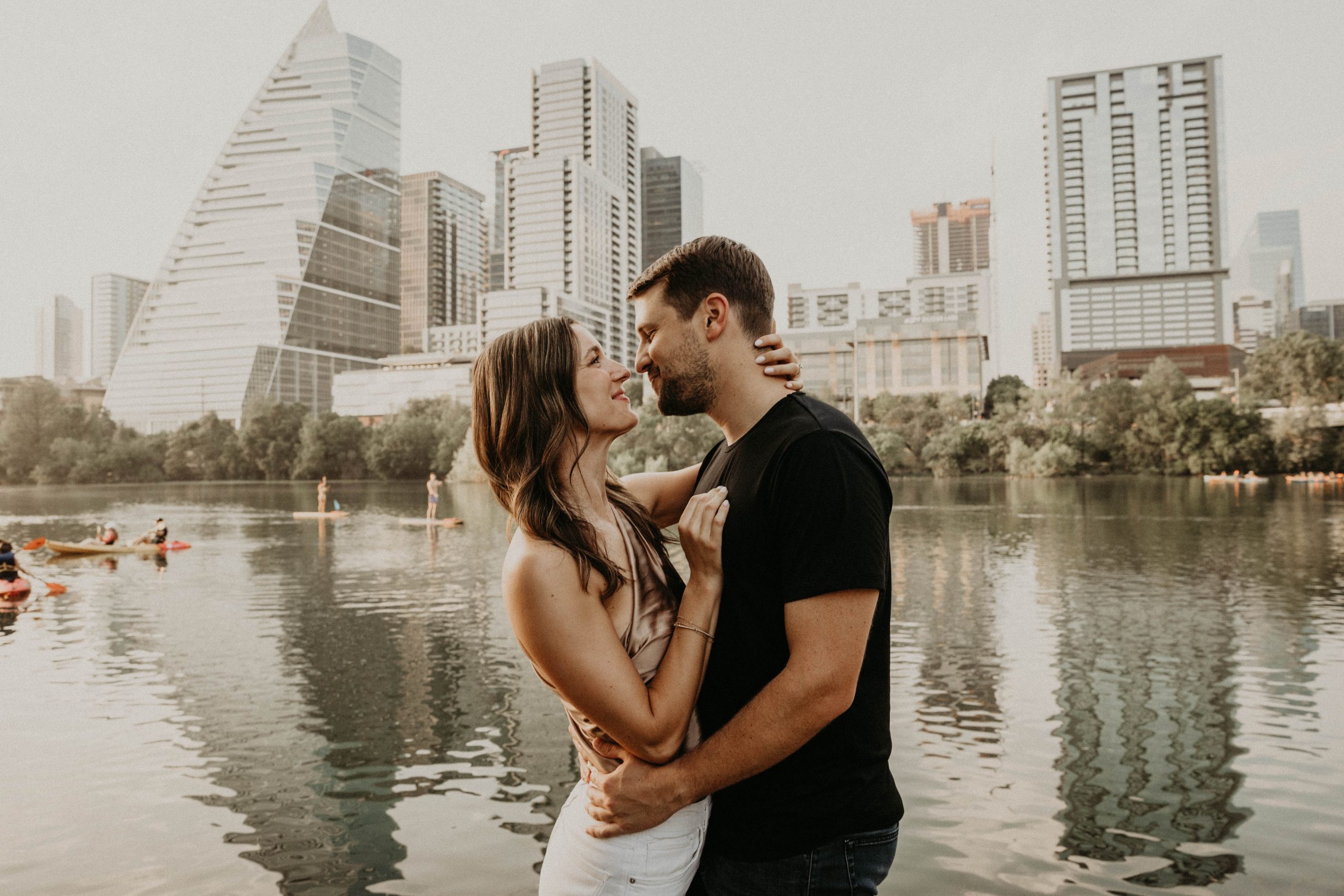 The sky was almost as big as this couple’s smiles as I started taking their pictures amidst the hustle and bustle of South Congress Avenue and Auditorium Shores for their engagement shoot.

Not Today, but Eventually

Madison and Aaron first met, and even dated, in college, but they eventually broke up and went where their lives took them. With Aaron in Chicago and Madison in Austin, it seemed like that was the end of their story together. It wasn’t until seven years later that Aaron found himself in Austin, and the two decided to meet up on a whim. They reforged their relationship that day, and now they can’t wait to take the next steps of commitment to each other.

“He led me to the patio off of our room, and I saw the balloons spelling ‘Will you marry me?’ I don’t remember a word he said, but I do remember the immense joy and SURPRISE!”

The couple found themselves celebrating New Year’s Eve together with friends when Aaron had his own plan for the night. Madison, thinking of comfort, proposed a pajama party that evening, but their friends kept insisting that she dress up. She had no idea what was about to happen! Aaron pulled her aside, for nothing important, she thought, and revealed his proposal laid out in balloons! Their friends were unsurprised and thrilled to celebrate the moment with them.

No Matter What Comes Next

Madison and Aaron tell me that their relationship is built on principles of mutual respect, joy, and deep love. They love exploring the city, discovering new restaurants and other locales, especially Zilker Park. And, of course, their dog is always along for the trip!

They can’t wait to start planning their wedding, and they’re already looking forward to a day filled with family, friends, and love.

Need inspiration for an engagement shoot? Check out these other blogs showcasing Austin’s iconic and memorable locations: 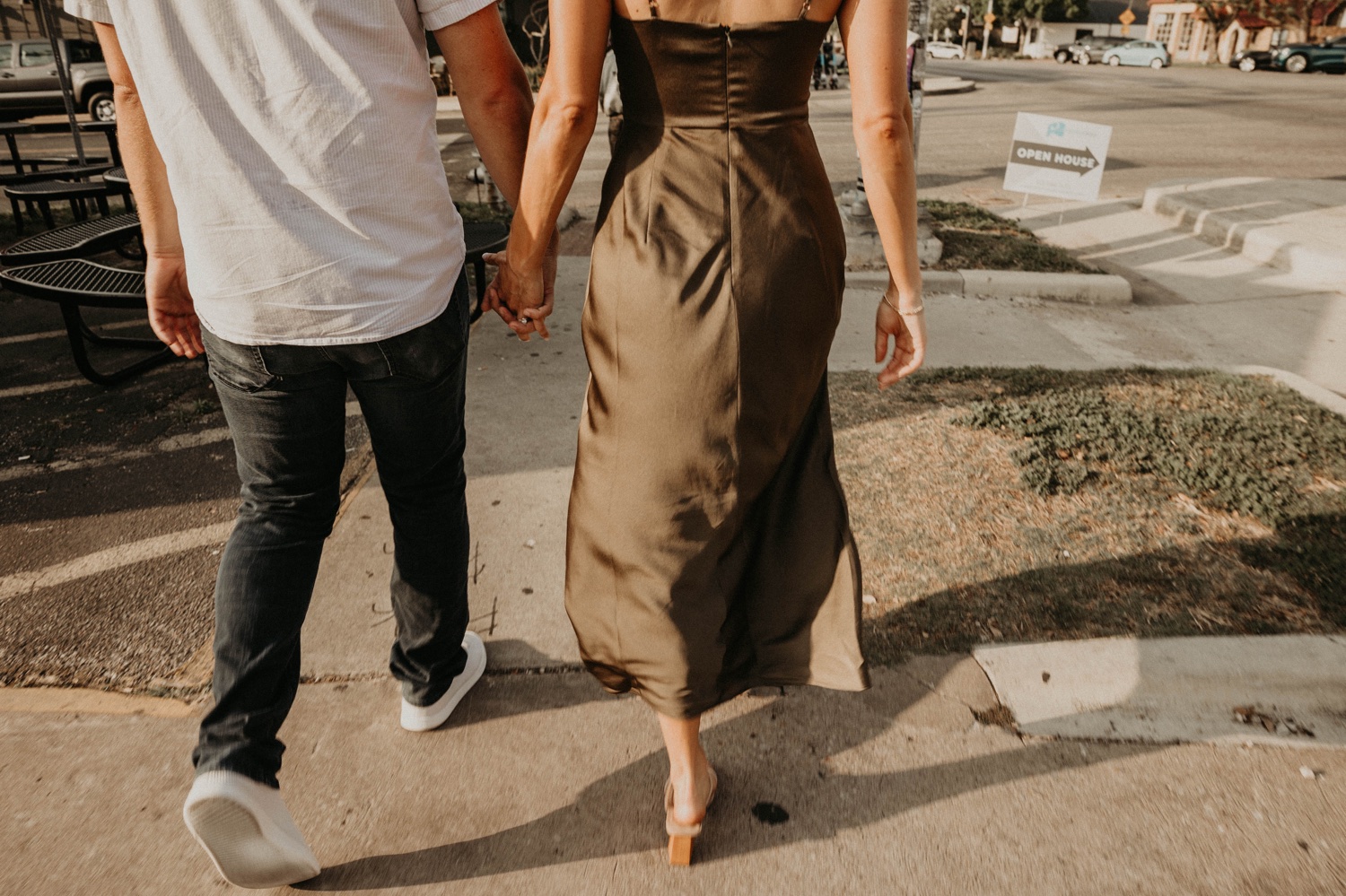 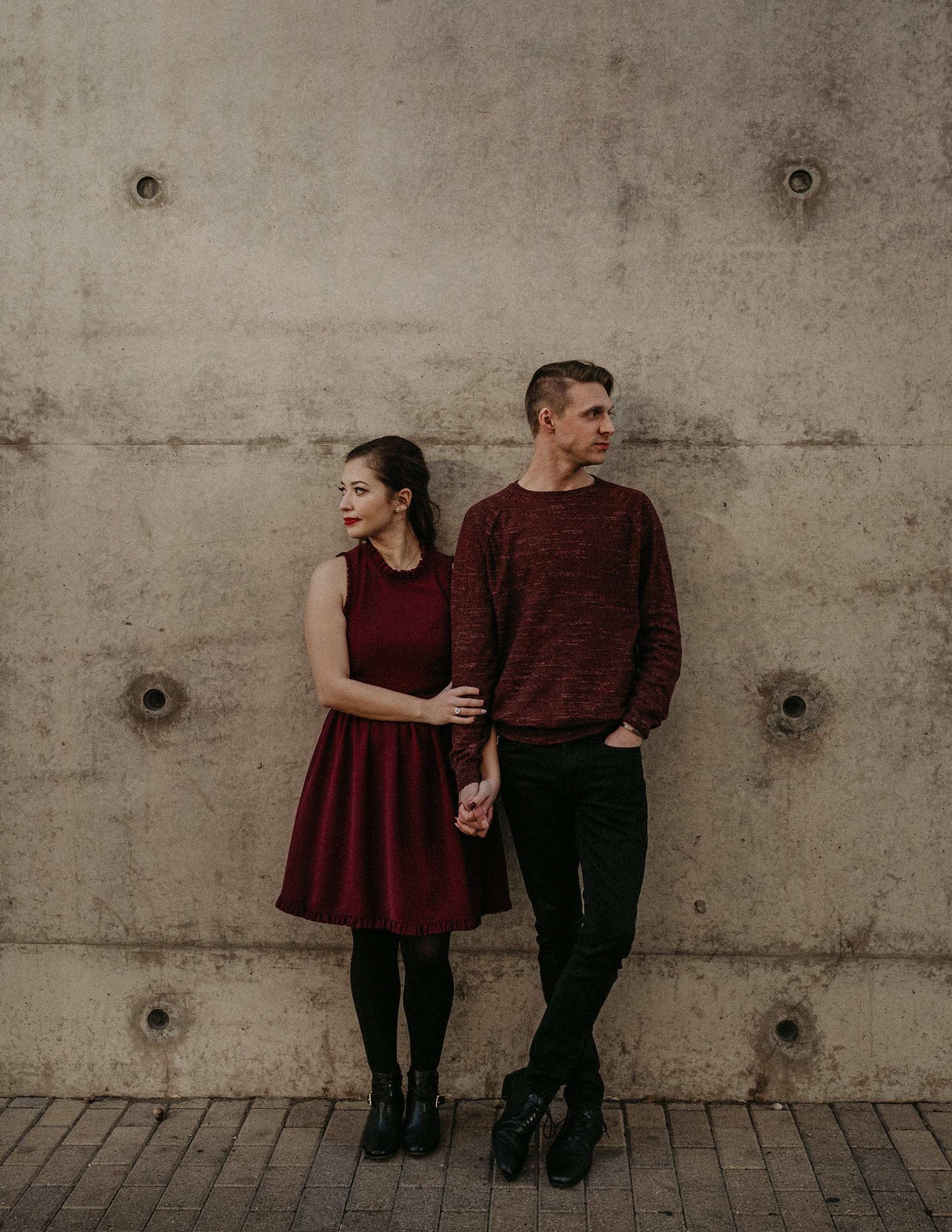 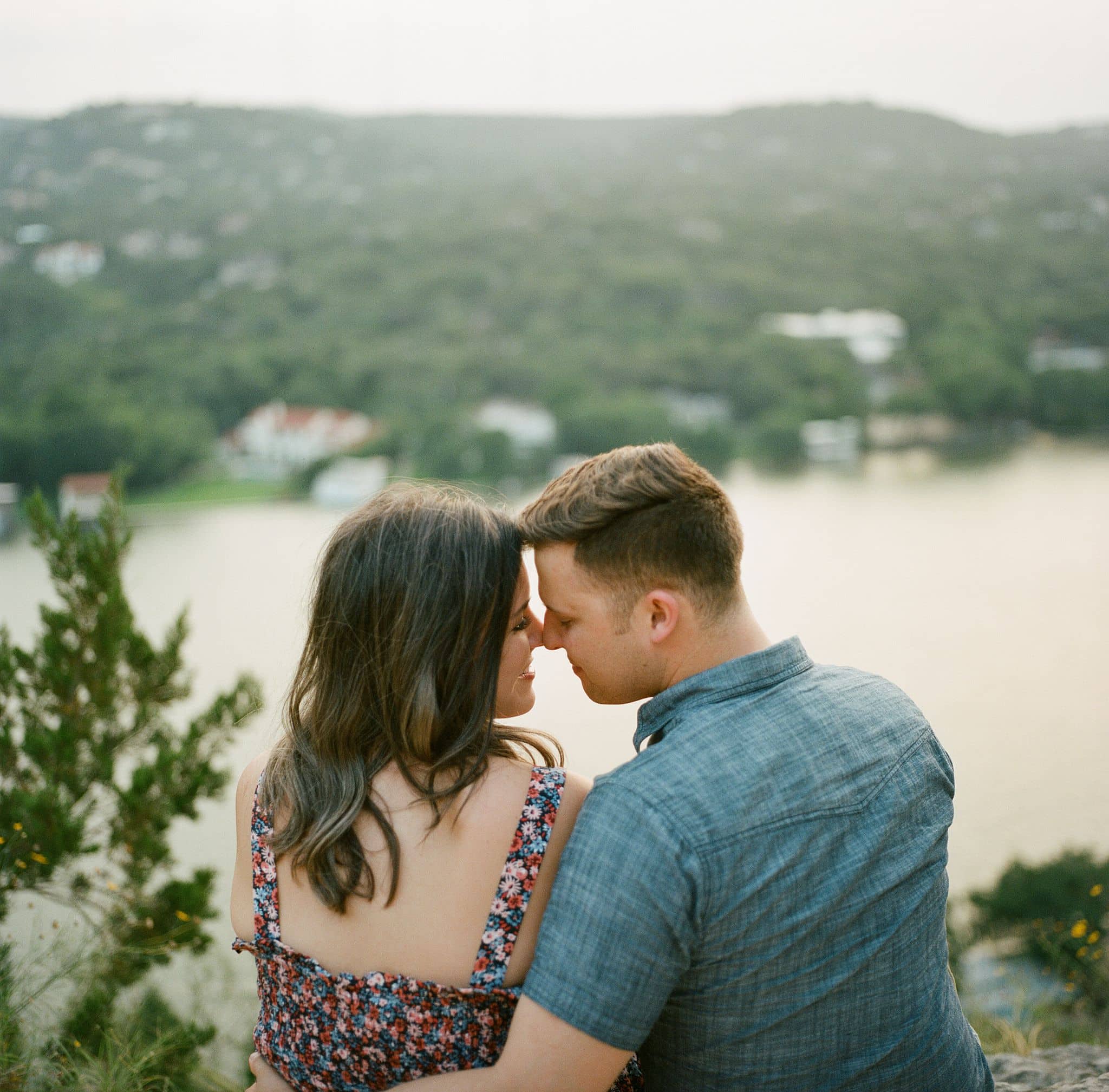 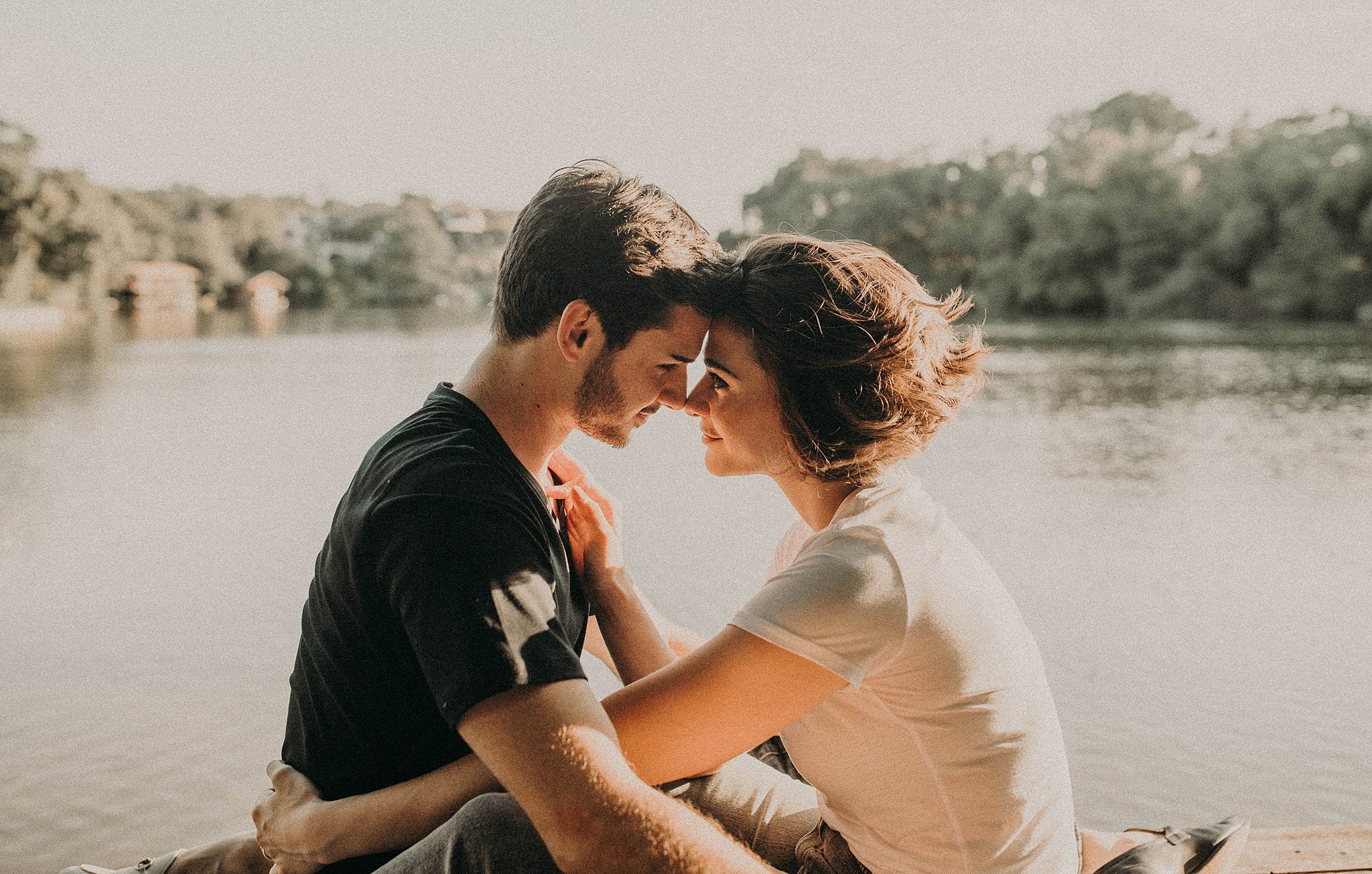